Dr Mahomed I.  Adam is a Family Practitioner who is based in Mooi River. He established his practice in 2010 and has enjoyed working within the small Mooi River community. He has been involved with Treverton College since then. He loves children and has a gentle nature. This allows him to easily establish a good rapport with the them.

Dr Adam believes in quality of care and makes every attempt to make his patients as comfortable as possible. He believes that patients should be empowered and educated in every part of their treatment process.

He completed his MBChB degree at the University of Limpopo Medunsa Campus. He then completed his internship in the Midlands Hospital Complex and went on to complete his community service within the same hospital complex. He had looked forward to specializing and began this process in the Orthopaedic department for a few years thereafter. However while in the department he felt that he was missing out on other aspects of medicine which he enjoyed and decided to leave the public sector to join the private sector as a General Practitioner and he continued his work in Emergency Medicine.

Dr Adam moved his practice to Mooi River shortly after he became a father. He decided to move away from night duties in order to spend more time with his family.  He has enjoyed the move and feels fulfilled in his current practice. 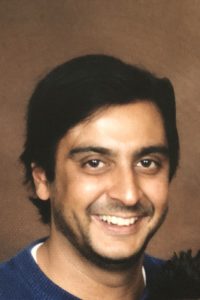