It is with great sadness that we announce the passing of Dr Alan Staples.

With close to 50 years association with Treverton, Alan has left an indelible mark on our school. 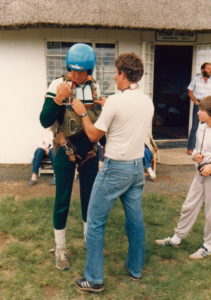 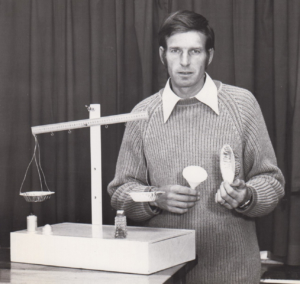 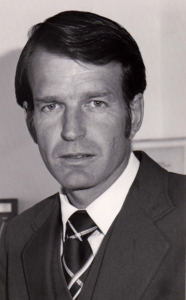 As a young graduate of Rhodes University, Alan joined Treverton College in 1973 as the Science and Mathematics teacher. Alan was a passionate and inspiring teacher and made an enormous impact on the many pupils he taught over the years. In 1978 at the very young age of 30, Alan was appointed Deputy Head and clearly demonstrated his leadership ability resulting in him being appointed as College Headmaster in 1980, while retaining his teaching duties. Alan worked tirelessly for Treverton and his huge contribution to the growth and success of both the College and the Prep led to his appointment as Executive Head in 2004.

In both roles as College Headmaster and as Treverton Executive Head, Alan took Treverton to heights beyond expectations. Not only did he have a very clear vision of how Treverton could grow, but his dedication and hard work saw that vision fulfilled. The dam, the squash courts, the Chapel Theatre complex, the equestrian centre, the hockey astro turf, the additions to the sports pavilion and a borehole to supply the entire school are just some examples of vision turned into reality. Treverton would not be the school it is today without Alan’s leadership and commitment.

When Alan retired from Treverton in 2007, the Board of Governors immediately invited him to join the Board where he continued to serve, with his trademark energy and dedication, right to the end.

Alan lived this motto for all his 35 years at Treverton and 13 years on the Board, and he leaves behind an extraordinary legacy. He was a true servant of the Lord who dedicated his life in service to Treverton. We celebrate his life and thank the Lord for bringing him to Treverton all those years ago.

To his wife Brenda, his daughters Lyn, Pam and Susan, his sons-in-law and his grandchildren, we thank you for sharing Alan with Treverton and we uphold you in prayer, that you may experience the peace and comfort of knowing that Alan is with his Saviour.

Debbie Allen runs our Visual Art Department.  We are very proud as both Treverton and Debbie are currently the featured School on The Art Room.  To read more about Debbie and her background please click here: https://www.the-art-room.net/featured-school

In addition we are proud as we have students art featuring on the website too thanks to Debbie, please follow the links below:

Should you have any questions relating to Visual Art as a matric subject for your child, please feel free to contact Debbie directly via