Treverton College has a unique campus that is filled with life of various kinds. The campus has three main biomes, namely grassland, invasive woodlands and fresh water ponds. In this article I wish to display some of the photographs that I have taken of various organisms found on our school campus.

The long-crested eagle is frequently seen perched high up on a dead pine tree, gumtree or telephone pole. From here it has a perfect vantage point from which to hunt rodents and small reptile species of the Treverton grasslands and invasive woodlands. The long-crested eagle is a smallish eagle that has a long floppy crest on its head. It has white panels on the lower and upper wing, which can be seen during flight. 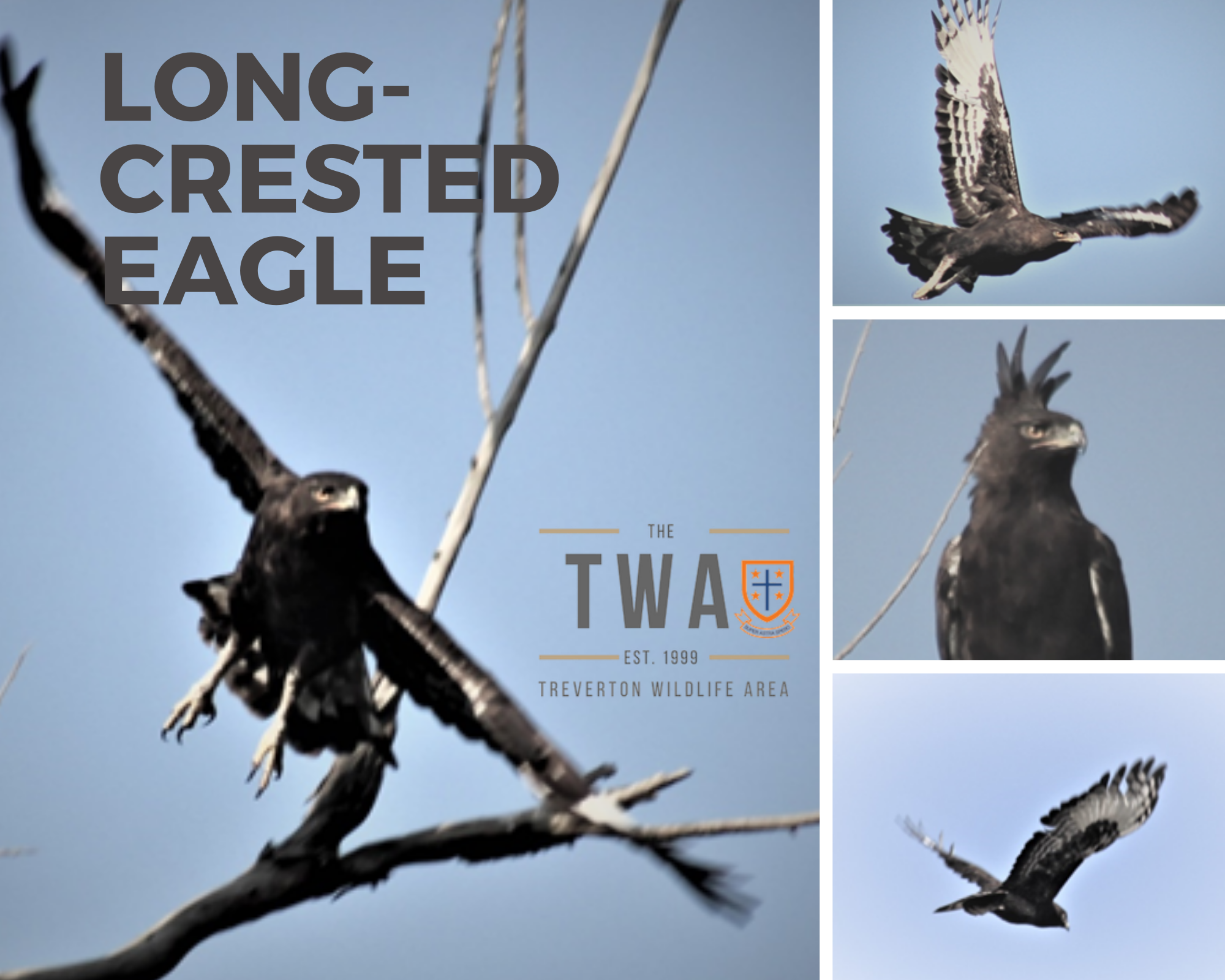 I have only seen two kingfisher species on the Treverton campus – mainly at the College dam. More species may well frequent the property but I have yet to see or photograph them. 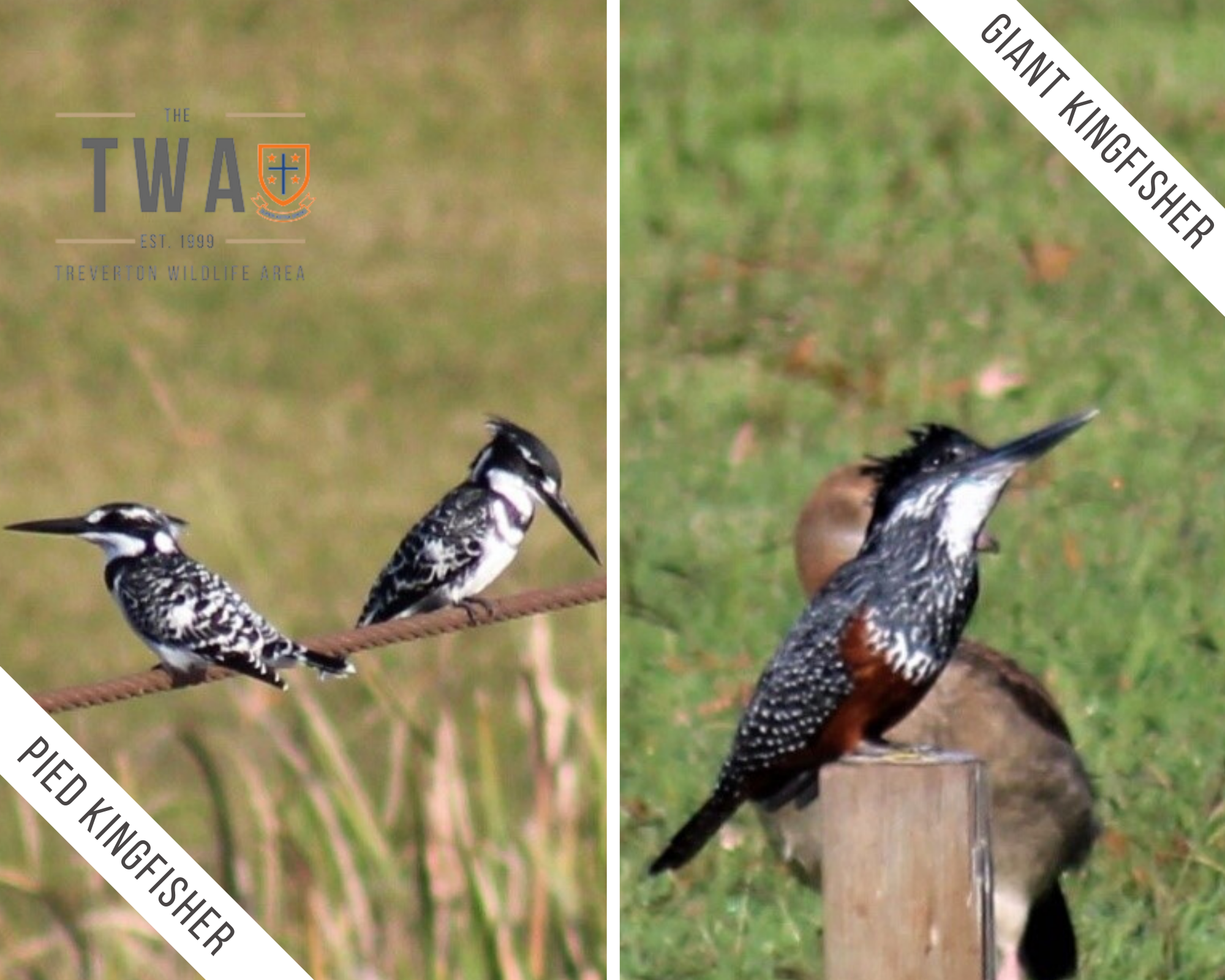 The Pied Kingfisher is a large black and white Kingfisher with a long black bill. It is found around many freshwater wetlands and coastal lagoons in South Africa. The male has two complete black bands around the chest, the female has an incomplete band around her chest. A small family of three birds have been seen around the college dam, frequently hovering high up in the air before plunging on their prey in the dam.

The Lanner Falcon is a large falcon seen in a number of habitats including, but not limited to, grasslands, mountain ranges and deserts (it generally avoids woodlands). It has pinkish-cream underparts and a rufous cap. While it generally feeds on other bird species, it was seen one afternoon after a thundershower, catching and eating flying ants outside Harland House. 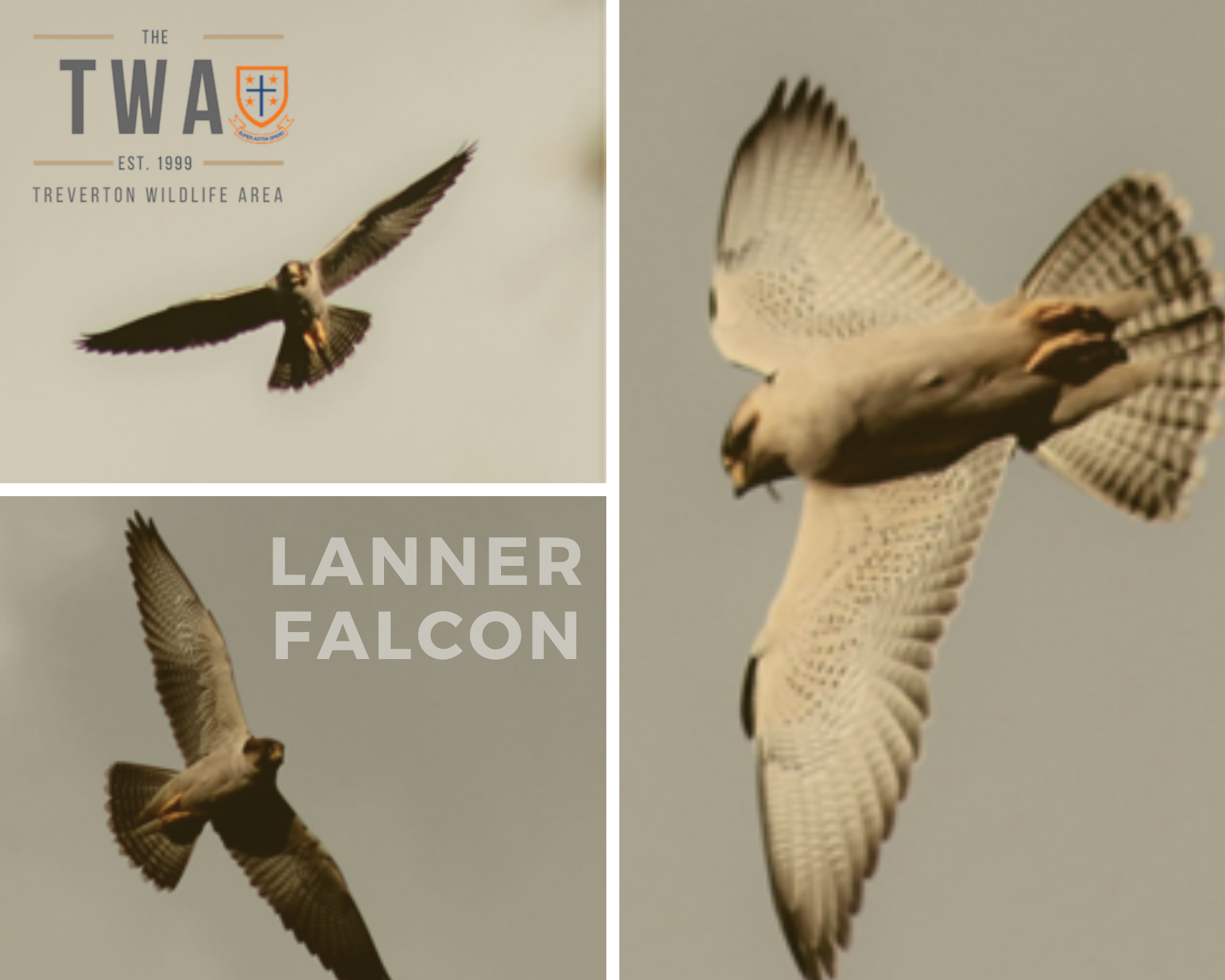 This beautiful moth was seen on the TWA dipping its incredibly long proboscis into long cylindrical flowers. The moth beats its wings incredibly fast as it expertly hovers over and manoeuvres itself around these nectar providing flowers. 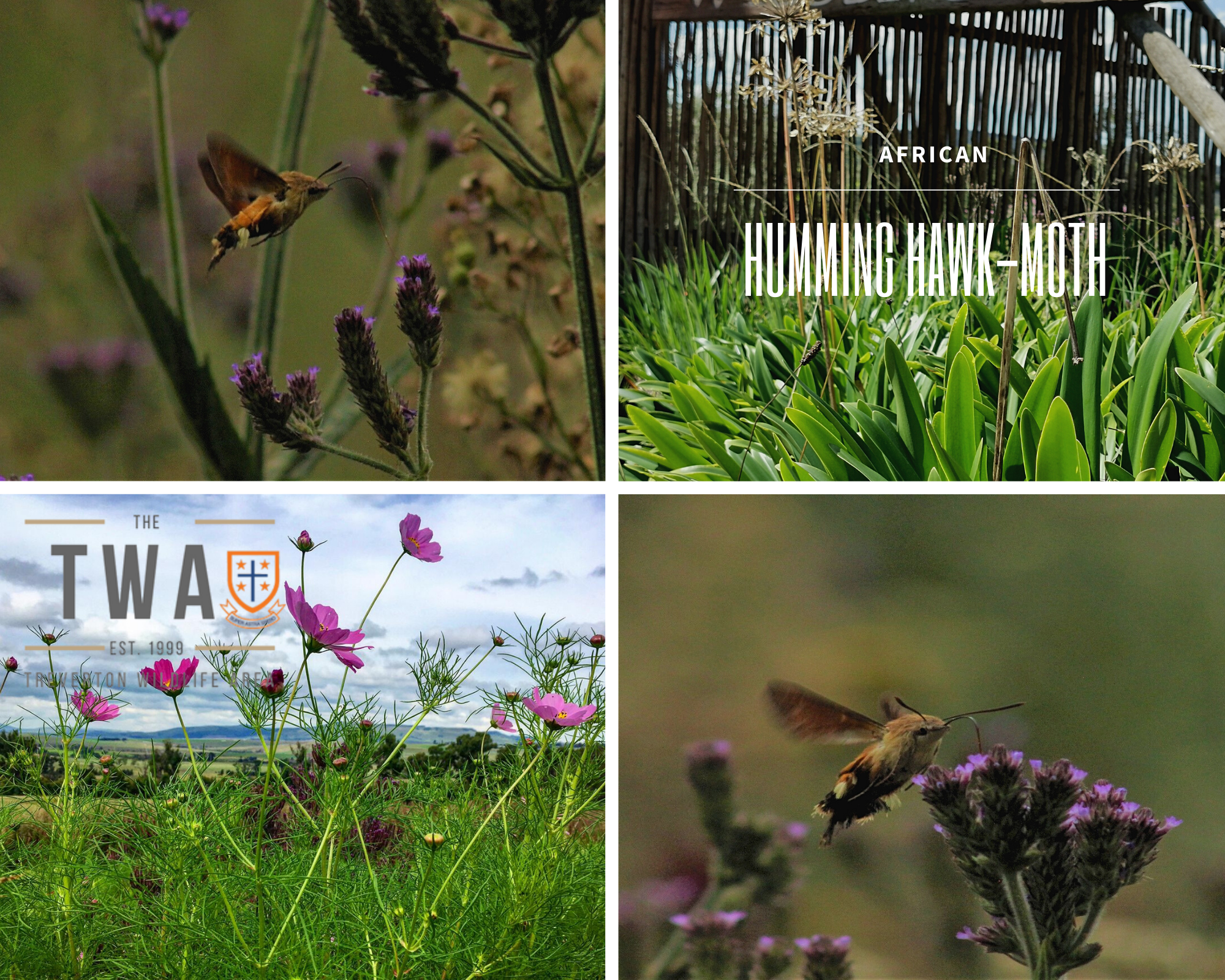 The secretary bird is a large bird (crane-like in size) that roams savanna and open-grasslands in search of snakes, frogs, rodents and other small mammals. These birds are listed as vulnerable due in large part to habitat loss. Treverton has a pair of secretary birds roosting on the Treverton Wildlife Area (TWA). Below they were photographed on the airstrip. Beautiful birds. 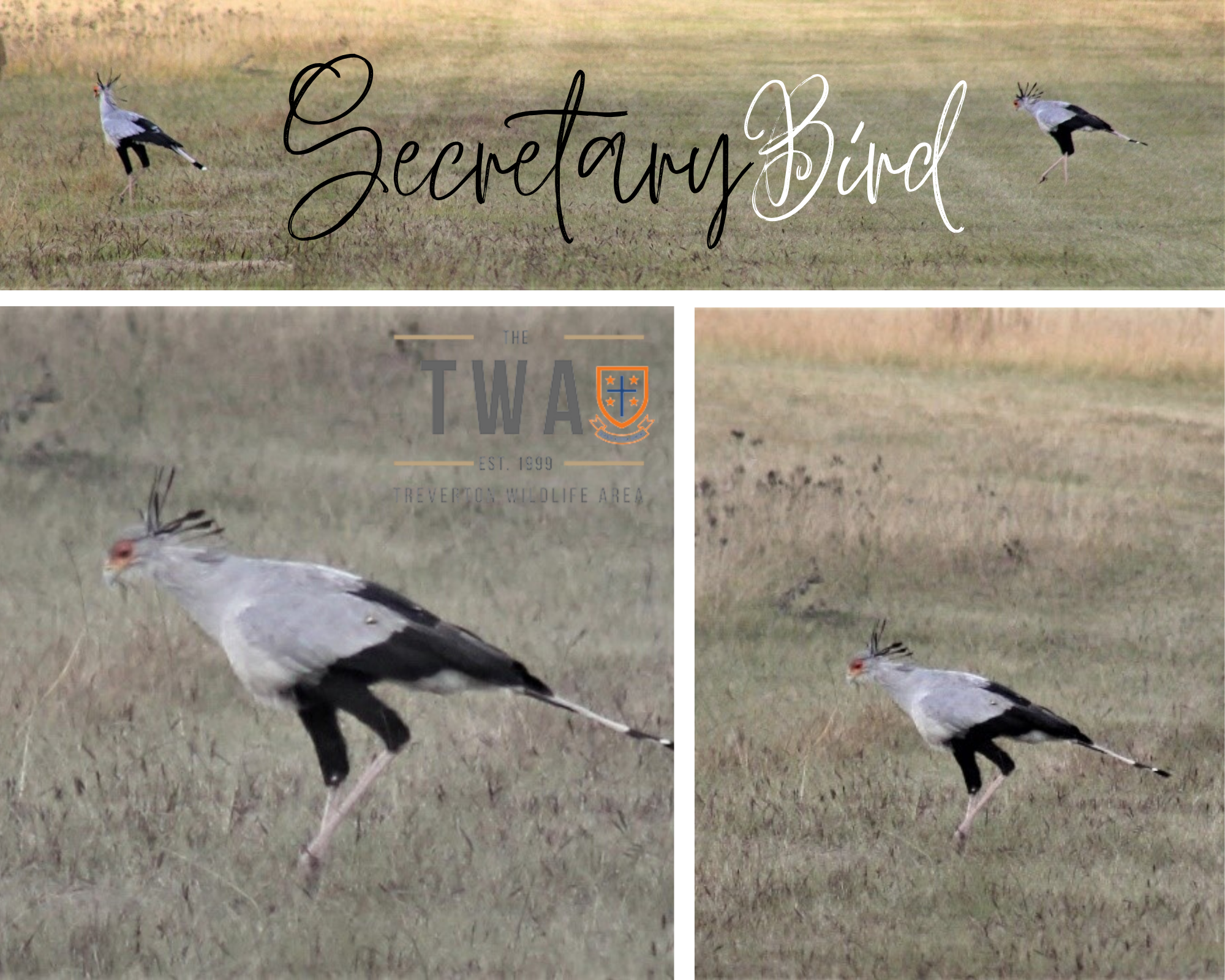